The school motto "PannyaNaranamRatanam" which means Wisdom is the light for mankind" is a constant reminder of our responsibility towards spreading the light of learning and wisdom to the world at large. The school is proud of the fact that it has included moral and religious instructions in its curriculum. This is aimed at exposing the students to the spiritual values and cultural heritage of Nepal. 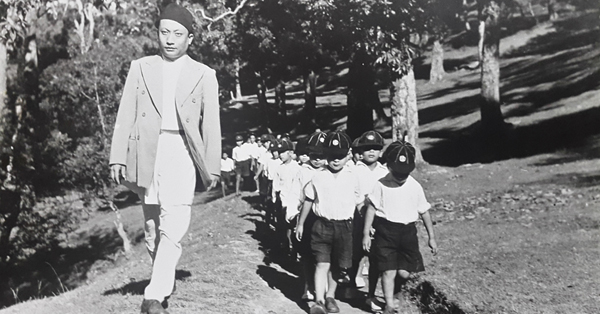 Maitri school was founded by Nhuchhe Bahadur Bajracharya, who was also an intrepid explorer, a visionary and a pioneer who believed indelibly that education is the primary tool for development for the nation and its people. Nhuchhe Bahadur Bajracharya was among the first people to start private school in Nepal in 1952 right after the fall of Rana dictatorship and the beginning of a new democracy. He then co-founded a Buddhist boarding school Ananda KutiVidyapheeth.

MAITRI SCHOOL, established in 1985 as a Residential Primary School. The school was formerly known as Maitri SishuVidyalalya and was a primary school till 1999. The school was upgraded to High school in the year 2000. The school regards education as a process by which a student is molded into an emotionally balanced, physically healthy, intellectually objective and spiritually conscious individual who can fruitfully and happily live together with other members of the society. The school seeks to make its students aware of their concern and responsibility through a well-designed program. It endeavors to create an environment in which students are positively influenced in the early stages of their development and level an effect upon their character that persists for the whole course of their life. Maitri School has always held the belief that academic qualification alone does not make an individual truly educated. Therefore, It has been taking appropriate measures in its curricular and extra- curricular programs to encourage its students to avail themselves of many opportunities for total growth. Besides, it has enshrined in its customs and traditions an unwritten lawof personal integrity to serve and respect mankind.